We Want the Funk!!

The C.M.J. Marathon in New York City is an action-packed, creatively-energized 5 day event in the city's greatest month October.

My good friend Rosemary is the head of marketing and communications for the event and has hooked me up with photo passes for the past 2 years. It's a ton of music, films, panels and more for the duration. I made sure to be available for at least a few happenings so as to put the opportunity to use.

Got shots of the bands The Dears, and Eulogies at Maxwell's on Wednesday night. 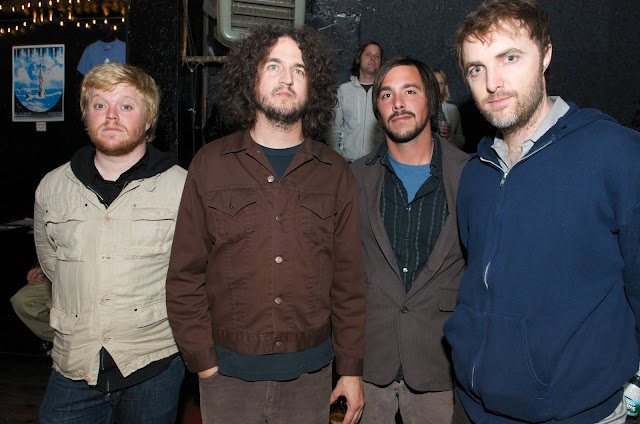 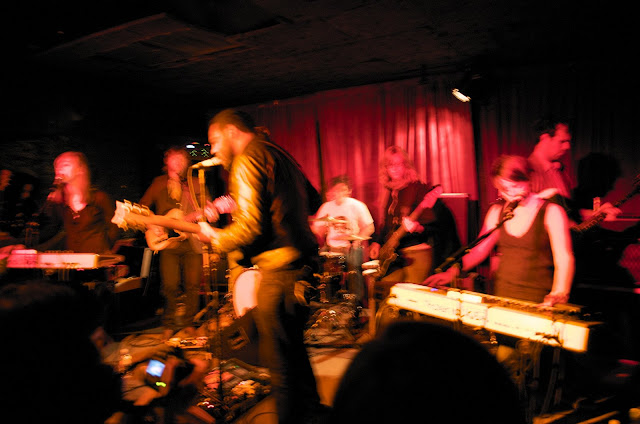 Thursday evening I spent in the company of George Clinton and the P-Funk All Stars. I saw them once before at my schools Quadmania Festival. Once again it was extremely entertaining to see this band! 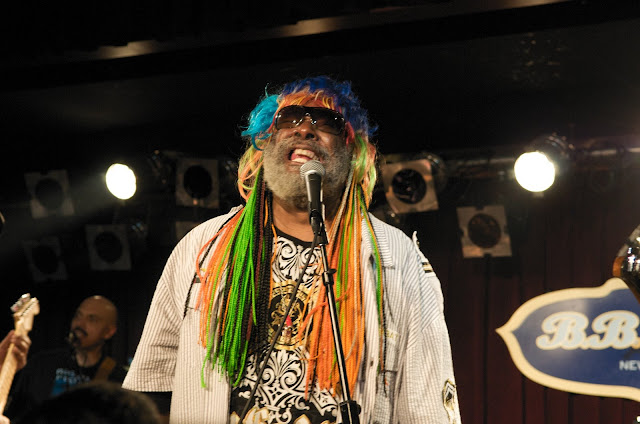 Friday night would be characterized less successful than the previous nights. I wanted to shoot the roots-reggae singer Luciano at the Fillmore Irving Plaza. After being denied my photo privilages, I was disappointed to learn that the Luciano billed was different than the Jamaican born Rasta artist. After that confusion I'd lead myself, Malissia, and artist Onedae down to the Knitting Factory for what I believed to be a Hip-Hop night with D.J. Babu, the Jungle Brothers, and Prince Paul's Stetsasonic but would never actually find out. The person at the door denied our badges and the only music we did catch was chaotic but the entertaining 1960's looking noise performers that did their show surfing the audience -instruments and all! I did also run into Mike Vorrasi and my friend Chris from the Jamaican wedding 2 weeks ago. Unexpected!
Posted by Virgil Stephens at 2:16 PM